After the Civil War as mass expansion spread throughout the American West, with it came a fresh demand for beef. Cowboys were now needed to move Longhorn cattle from Northern Texas up through Kansas. Once the cattle arrived in Kansas they were shipped via Western Railroads to meatpacking companies in Chicago and beyond. Before automobiles and animal trailers, cowboys moved by horse, often spending long, arduous days breaking trail with a herd of cattle by their sides. These cowboys needed to eat, and the Chuck Wagon became their daily diner on the road.

The invention of the Chuck Wagon is attributed to Charles Goodnight, a known Texas rancher. Goodnight modified a durable, manufactured covered wagon to better suit the needs of the cowboys driving cattle. He added a “chuck box” with shelves and drawers for storage space to the back of the wagon, along with a hinged lid to provide a flat working surface. Additional changes included an attached water barrel and box for storing cooking supplies and personal items.

These mobile food carts could now carry more goods than a cowboy could on his horse, and helped feed whole groups while they traveled. Every day, hearty food was cooked over an open fire, often with cast iron, to be eaten wherever a comfortable spot could be found. The cook would pack staples that would last long journeys: salted meats, sourdough biscuits, and dried beans. They would pick up what they could as they went, but most chuck wagon dinners were simple, “chuck wagon BBQ”. Fresh fruits and vegetables were few and far between.

Chuck wagons were more than just a way to prepare food, they were part of a culture and the rhythm of camp. The camp cook (“Cookie”) had one of the most important (and well paid) jobs on the journey. He set up and broke down camp, started the morning and evening fire, and made the first pot of coffee at dawn. The camp cook might have also been the crew leader, camp doctor, and the group’s mediator or counselor.  Cowboys were known for their independence, but they were also extremely loyal to their crew and crew leaders.

Chuck Wagons remain a popular tradition today. There is a Chuck Wagon Association, Chuck Wagon Competitions, Chuck Wagon meet-up groups, and whole cookbooks based on the open fire style of cooking used by cowboys in the west.

Cowboy Kent Rollins wrote one such cookbook: A Taste of Cowboy. Kent is known for his uncanny ability to transport people to another time through vivid stories of cow camps and the cowboy life. He carries on the legacy of cooking for cowboys on ranches during spring and fall gatherings (a rare tradition few follow). When A Taste of Cowboy was released in April 2015, it became the #2 best-selling book on Amazon and is still listed in the "Top 100 Cookbooks To Own in a Lifetime." Along with the stage and the trail, Kent’s food and stories can be experienced each month in Western Horseman magazine where he and his wife Shannon contribute a column and recipe.

This special tradition of slow cooking on the road celebrates adventure and open fire cooking. It asks us to take seasonal staples and bring out their flavors in creative ways. Through this practice, we get closer to the land and the simple gifts it has to offer. 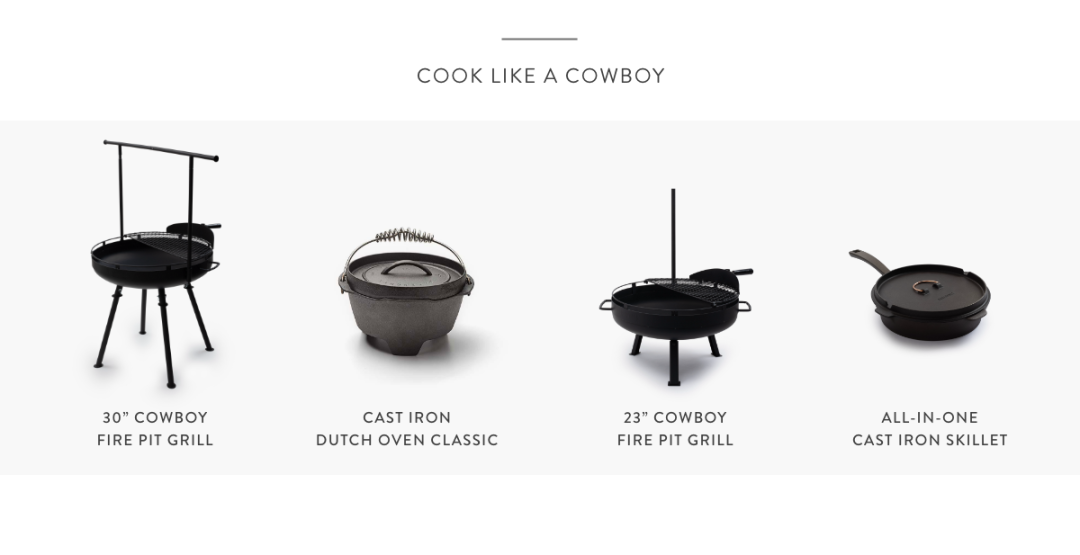