This recipe is an adaptation of the ultimate coastal feast. The above hours-long labor is now oh so simple
thanks to the Barebones All-In-One Grill. 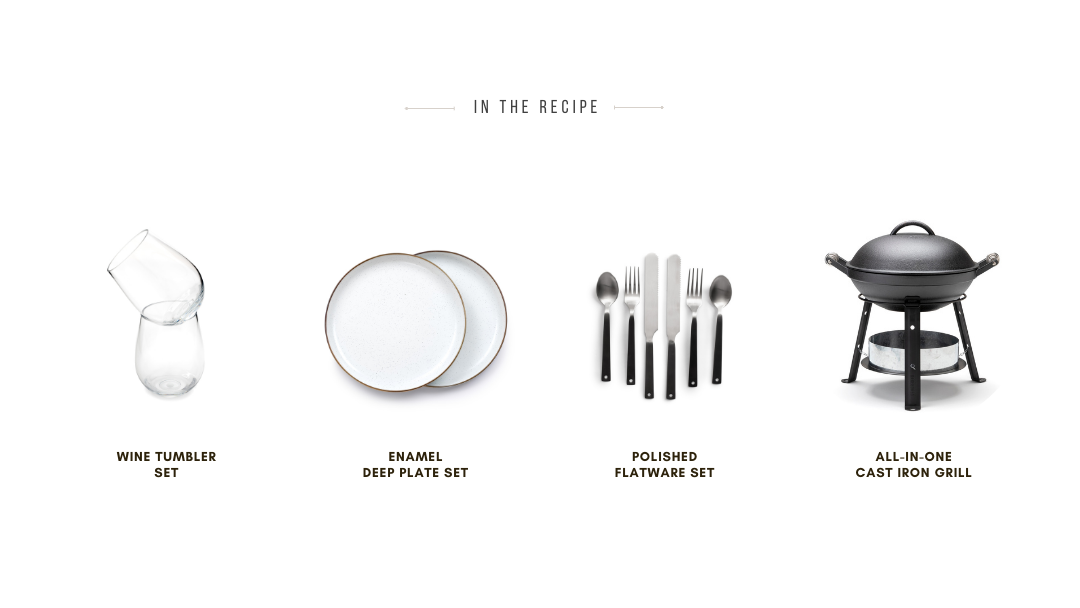 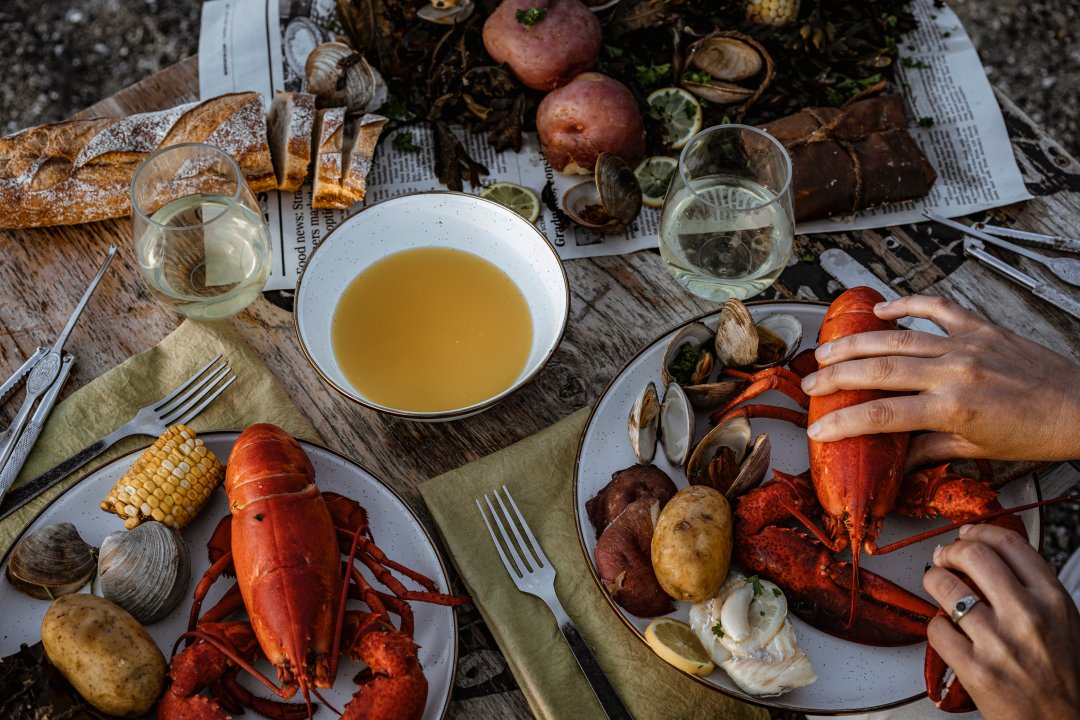 - Add butter, a sprinkling of parsley, and enjoy -

Denis & Allie
Denis & Allie like to work as hard as they play. They are gritty, but sensitive and illusive, without being aloof. They like sleeping under the stars and sailing across oceans. They like outlaw bars, and the smell of diesel fuel. If they were a bag of chips, it would be salt and vinegar. And they cry at the end of Sleepless in Seattle. Denis & Allie are humans, and they love the ever-evolving story of the human spirit, bubbling up out of the bilge and into the universe.

Mr. Badger & Co.
Denis & Allie’s home and studio Mr. Badger, is a classic wooden boat built in 1957 at the famed Abeking & Rasmussen Yard in Germany. Her home port is in Dumplings Cove in Jamestown, RI, where after fifteen years of ocean sailing, they finally decided to drop an anchor.

Luke’s Lobster
Luke’s Lobster is a family-owned, B Corp Certified, Maine seafood business, founded by third-generation lobsterman Luke Holden. Luke’s began as a tiny lobster roll shack in New York City in 2009. Today Luke’s has shack locations in ten US states, Japan, and Singapore. In 2013, they opened their own seafood purchasing and production business in Saco, Maine, making Luke’s truly vertically integrated. In 2018, they expanded into grocery stores nationwide, offering flash-frozen lobster meat, tails, and seafood meals. And in 2020, Luke’s launched an online market, to bring seafood direct from Maine to doorsteps around the country. Luke’s knows their fishermen, they know where and how they fish, and they work together to protect our oceans for tomorrow.